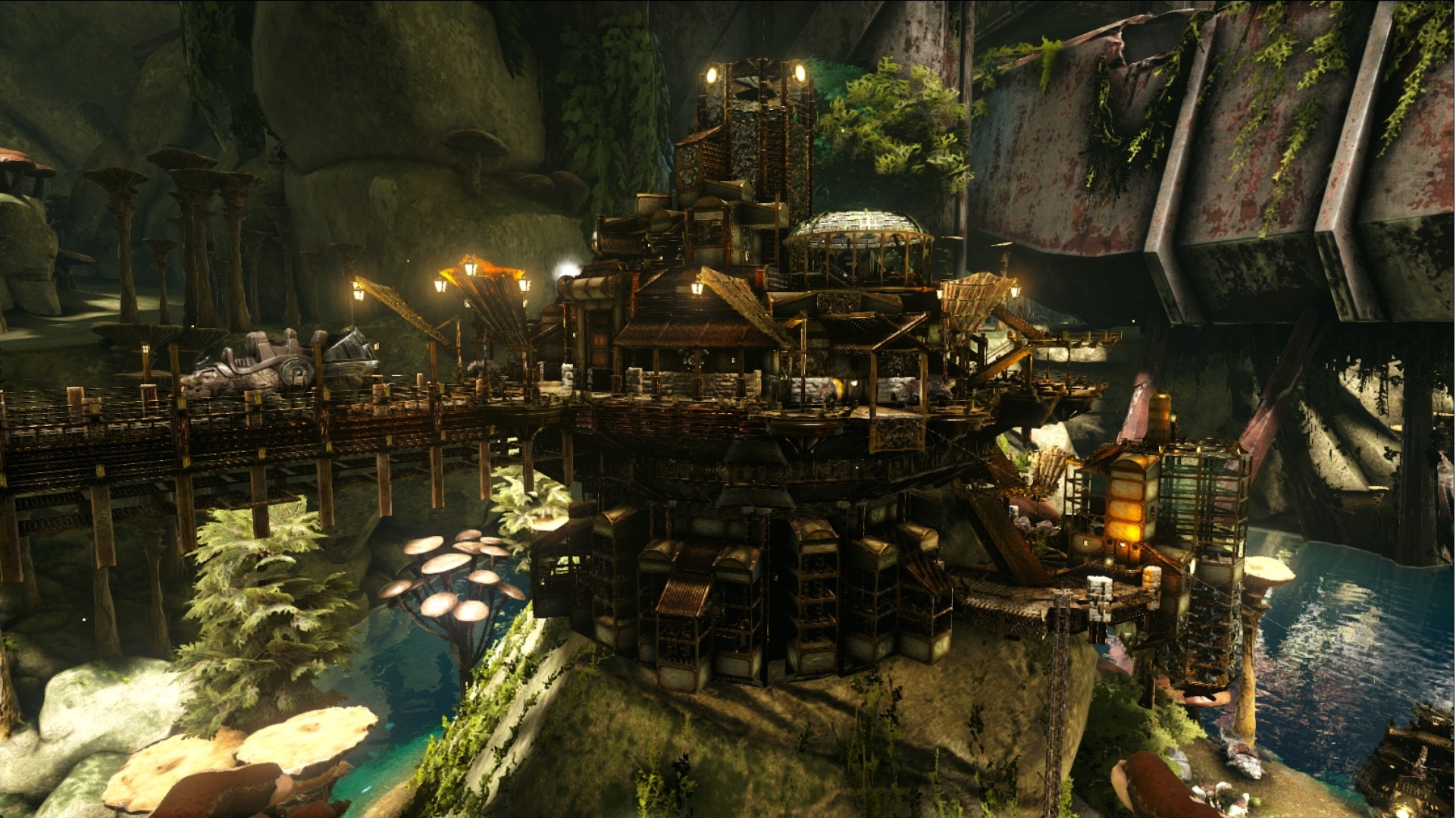 It wouldn’t take one to terribly long to come across just what it was that was making all those assorted sounds. Though the structure seemed empty.. as if it had simply been sitting here for some time without a caretaker. A steady pace around the elaborate, laid out home gave way to one trying to figure out just how it worked. How things continued to run and apparently un-assisted. Surely, a caretaker was needed for something so exquisite? 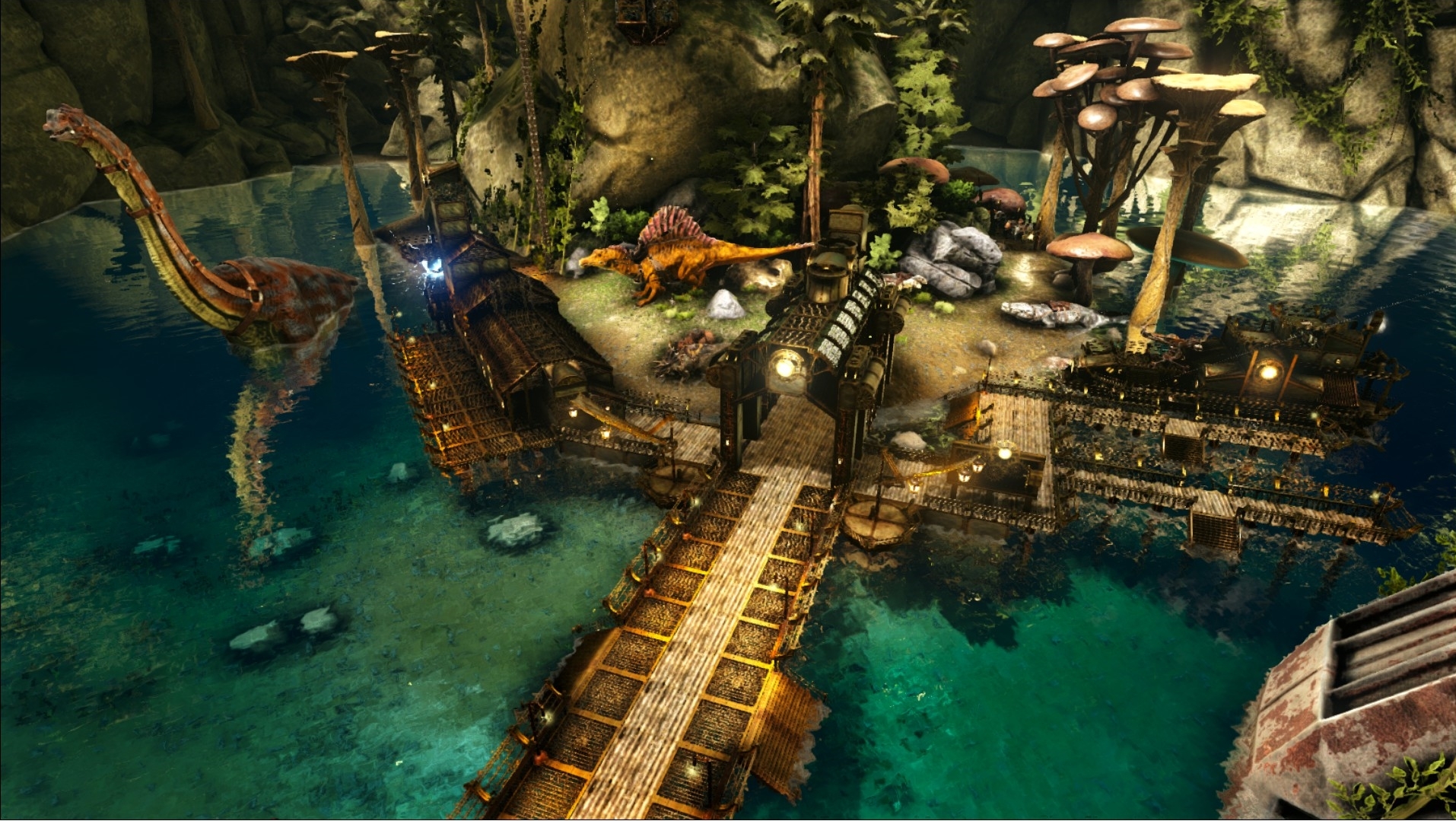 Each dancing detail, the way the light shown from the solid metal surfaces. The vibration that danced through ones feet upon certain platforms and that ever going white cloud of steam that continued to puff along in the rather-near distance.
Continuing ones pace around towards that steady puff of white, placing a hand against the ever turning machine that made such, listening. That steady humm of gears, the soft sounds of liquid dancing about within a chamber. The heat, that radiated off the constant motion. Unable to help but slowly peel one’s gaze away to come across a rather large statue of a man. Just below his statue, the words sat inscribed “Dr. Rubeus Oswald.”
A doctor? Of what? Who was he and why was his name here? Questions upon more questions and less answers to be found. Upon arriving at what appeared to be a doorway, one could only step back and take a moment to admire the simplicity of it. At least, the seeming simplicity until one garnered a closer look!(edited) 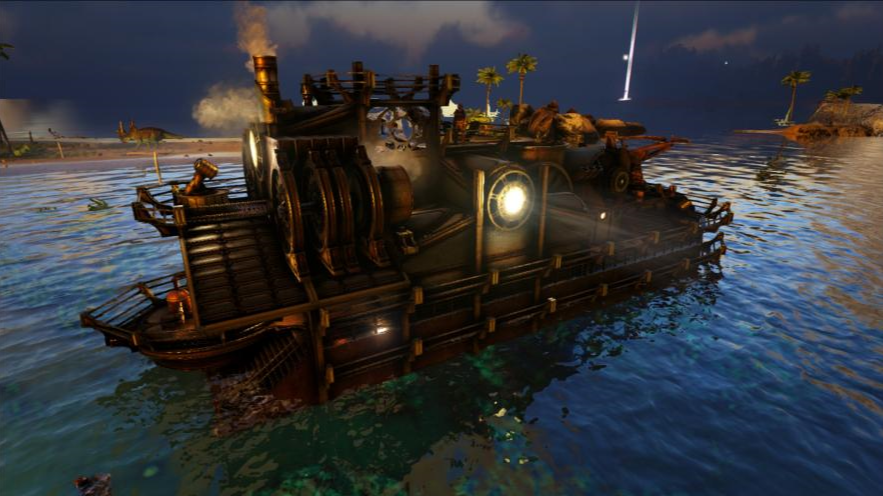 Crossing the threshold led one to believe they’d stepped into another world – If one thought they’d stumbled across something of mystery to behold upon the outside, the inside would only lead to more confusion. Luckily for you survivors.. a leather bound journal would easily be found, laying open to a simple note..
*Share these schematics with all, Take my lifetime’s worth of knowledge and survive!” Signed, Yours Truly, Dr. Rubeus Oswald. Flipping through those hand-pressed pages one would find schematic after schematic of building parts, strange flying contraptions, armor, and an almost never-ending guide to so much more.
Steampunk Schematics include:

Your source for Ark Steampunk Mod for Ark, Dnl and Altas.